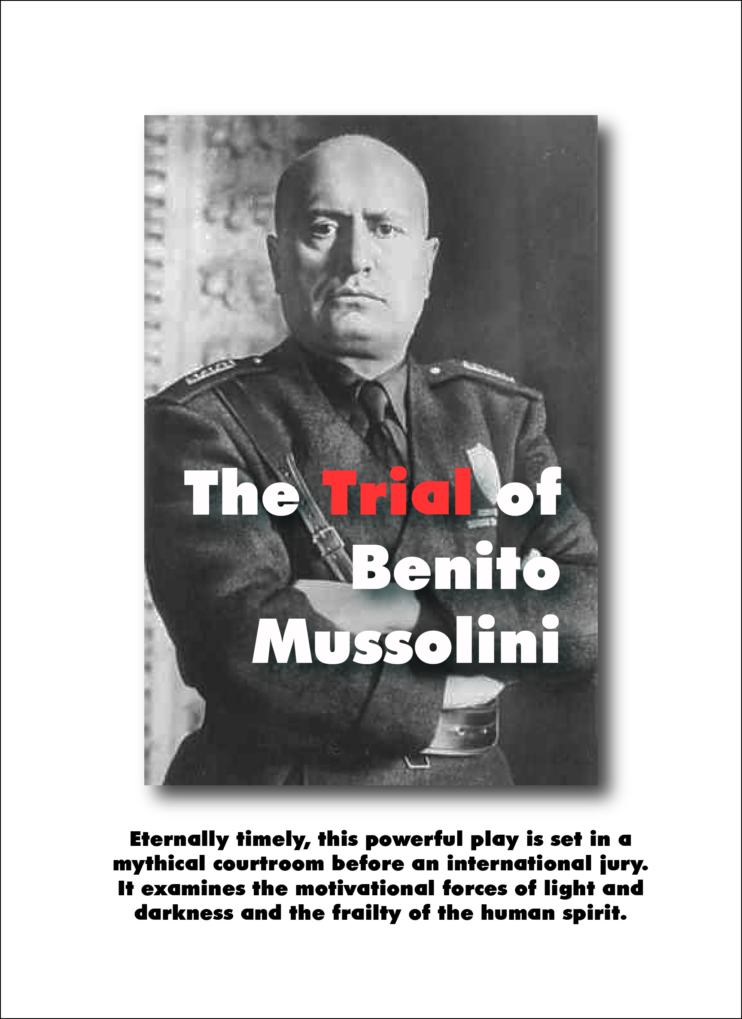 Benito Mussolini, the son of a peasant, held absolute rule over the Italian nation for the best part of a generation, and played a leading role in high world drama. What happened to Italy was therefore in the fullest sense his personal responsibility, and his constant self-conscious preoccupation.

This pretender of jutting chin and iron will was at times of crisis quite incapable of making up his mind or of holding a line of action for more than a few minutes.

When at last his power began to crumble, he remained obstinately blind to all warnings, resolutely irresolute and somewhat indifferent to his own downfall.

Power worked on this man its usual corruptions, except that he cared nothing for material riches nor aggrandizements. Underneath the bombast there lurked a core of human kindness and physical courage.

Eternally timely, this powerful play is set in a mythical courtroom before an international jury.  It examines the motivational forces of light and darkness and the frailty of the human spirit.  As riveting as The Cain Mutiny Court Marshall and as poignant as The Fountainhead, this play is certainly a theatrical event to remember.