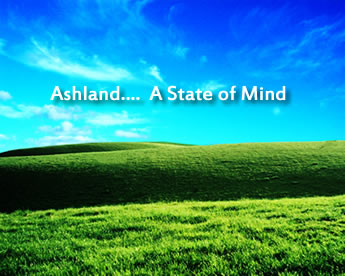 Alison Fields (Alison of Ashland)  who quietly possesses ‘occasionally’ functioning  psychic abilities-but  makes up for it with ‘a good heart’… Some elements may be akin to the previous hit CBS shows, “Joan of Arcadia”  and “Medium”- but here with a way ‘quirkier comedic edge’…

Alexia Falls– representing Alison’s ‘shadow-side’– she is a ‘part-time thespian’ & ‘full-time seductress’  of every new arrival in town &  at times every unavailable one too for that matter.

Amongst the vibrant backdrop of Ashland, Alison & Alexia  initially compete for  the attention of the latest arrival to their unique community- one Professor Dwayne W.Goforth  (whose irascible nature may stir memories of  the popular character Dr. Joel Fleischman (his distant cousin from “Northern Exposure”).

Little does he know what awaits him! :  Alison Fields, the town’s beautifully bohemian ‘dreamstress’ – her bewitchingly theatrical cousin  Alexia Falls-  & a host of unique characters  in a land of wonders…

Professor Dwayne Goforth  is a somewhat neurotically challenged former big-city dweller from  Boston’s Wellesley Univeristy and a buttoned-down academic Professor of Mythology (loosely based on some of the earlier aspects of the famed mythologist Joseph Campbell who coined the now world-famed phrase “Follow Your Bliss!’

RUTAY LALO:in her early 60’s, is Ashland’s first ‘semi-official healer’,  who arrived upon the local scene many moons ago.  Dr. Rutay is a lively outrageous mix of Creole, Native-American & ‘New-Age ‘free-thinker-healer’.  Rutay juggles new-fangled concepts such as iridology & ear-coning with oddly brilliant bits of home-spun wisdom.

MAYOR BRENT DULWOOD:  in his mid-50’s, he is presently elected the new Mayor of Ashland by default when the previous hippie-mayor Bruce Baba Freeman, seemingly just disappeared one day.  He also serves as Alexia’s perennial sometimes boyfriend.  From a former lumber-dynasty family- he is now finally forced into  ‘a new era of actual thinking’  & so he struggles to retain a semblance of control over a town of  uniquely challenging constituents.